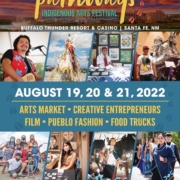 PUEBLO OF POJOAQUE, NM – Only a century ago, people thought Native Americans were vanishing, and that notion has changed as the Poeh Cultural Center (Poeh) is declaring the “Future is Indigenous” at its second annual Pathways Indigenous Arts Festival (Pathways). The event, sponsored by the Poeh Cultural Center at Posuwaegeh (Pueblo of Pojoaque), will be held at Buffalo Thunder Resort & Casino on August 19, 20, & 21, 2022. Pathways organizers are pleased that the Festival will be hosted on Indigenous land as an Indigenous-led event.

Launched in 2021, Pathways was established to provide economic opportunities to local and regional Indigenous economies impacted by the COVID-19 Pandemic. Tourism is a great source of revenue for individual Indigenous artists and tribal institutions like the Poeh. Like many tribal communities, the Poeh had to close its doors to the public for nearly two years. Several grants awarded by the National Endowment for the Arts and the Institute of Museum and Library Services enabled Poeh to reach out to the community through projects like Pathways that promote Native American entrepreneurs.

“We’ve been actively promoting ways we can assist Indigenous artists and entrepreneurs since the beginning of our traditional arts program at the Poeh, and the need became even more pressing due to the economic slowdown in the wake of COVID,” said Karl Duncan, Executive Director of the Poeh Cultural Center.

Despite the slowdown, the Poeh staff continued to plan ways to train and promote Native creatives through entrepreneurial training, online sales, and traditional arts classes. As the Poeh reopened its doors to the public in the Spring of 2022, it already had solidified plans for the upcoming Festival.

“We engaged artists and the community to find projects to regain momentum. Our first festival seemed like a great way to celebrate their efforts while consciously creating the potential for the future,” said Macario Gutierrez, one of the festival planners. “We featured artists, demonstrations, performers, fashion design, and panel discussions funded by the National Museum of the American Indian and Indigenous short film screenings by Sundance Film Festival.”

The festival has grown in size and popularity. Pathways will showcase more than 350 Indigenous artists and dozens of musical performances, including an event in collaboration with Native Guitars Tour. Other events include film and panel discussions, a Tewa-centered fashion show, a variety of food vendors, and activities for kids.

“We are asserting our role in creating a future for Native American art defined by Native creatives, as well as artistic and Indigenous entrepreneurism,” said Duncan. “We’ve been using ‘The Future is Indigenous’ as our mantra. The festival is only one of several projects we have initiated to provide or promote venues for Native creatives to succeed.”

Face masks are optional but are highly encouraged for guests. Festival highlights will be shared on Poeh’s Instagram page: @poehculturalcenter

“More than a market, we want to emphasize our sense of indigenous community, locally, regionally, and even nationally,” Duncan said. “We want to claim a new space beyond the commonly known downtown Santa Fe spaces and bring indigenous community talent to a new generation.”

For more information on Pathways Indigenous Arts Festival and tickets for the Native Guitars Tour, please visit: https://poehcenter.org/pathways/ . The Poeh Cultural Center can also be reached at 505-455-5041.

Founded in 1988, the Pueblo of Pojoaque established the Poeh Cultural Center as the first permanent tribally owned and operated mechanism for cultural preservation and revitalization within the Pueblo communities of the northern Rio Grande Valley. The Poeh has since become a resource for Pueblo people to learn the arts and culture of their ancestors. The facility resembles a traditional Pueblo village with its adjacent art studio buildings and outdoor gathering areas. The Center emphasizes the arts and cultures of all Pueblo People, focusing on the Tewa-speaking Pueblos of Pojoaque, San Ildefonso, Ohkay Owingeh, Santa Clara, Tesuque, and Nambé. 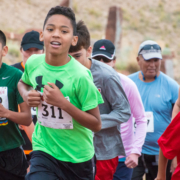 The Pojoaque Wellness Center invites you to the, 22nd Annual Butterfly Run 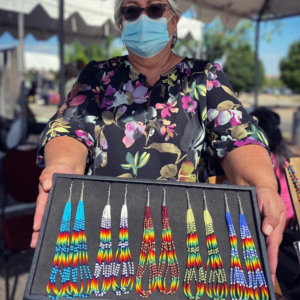 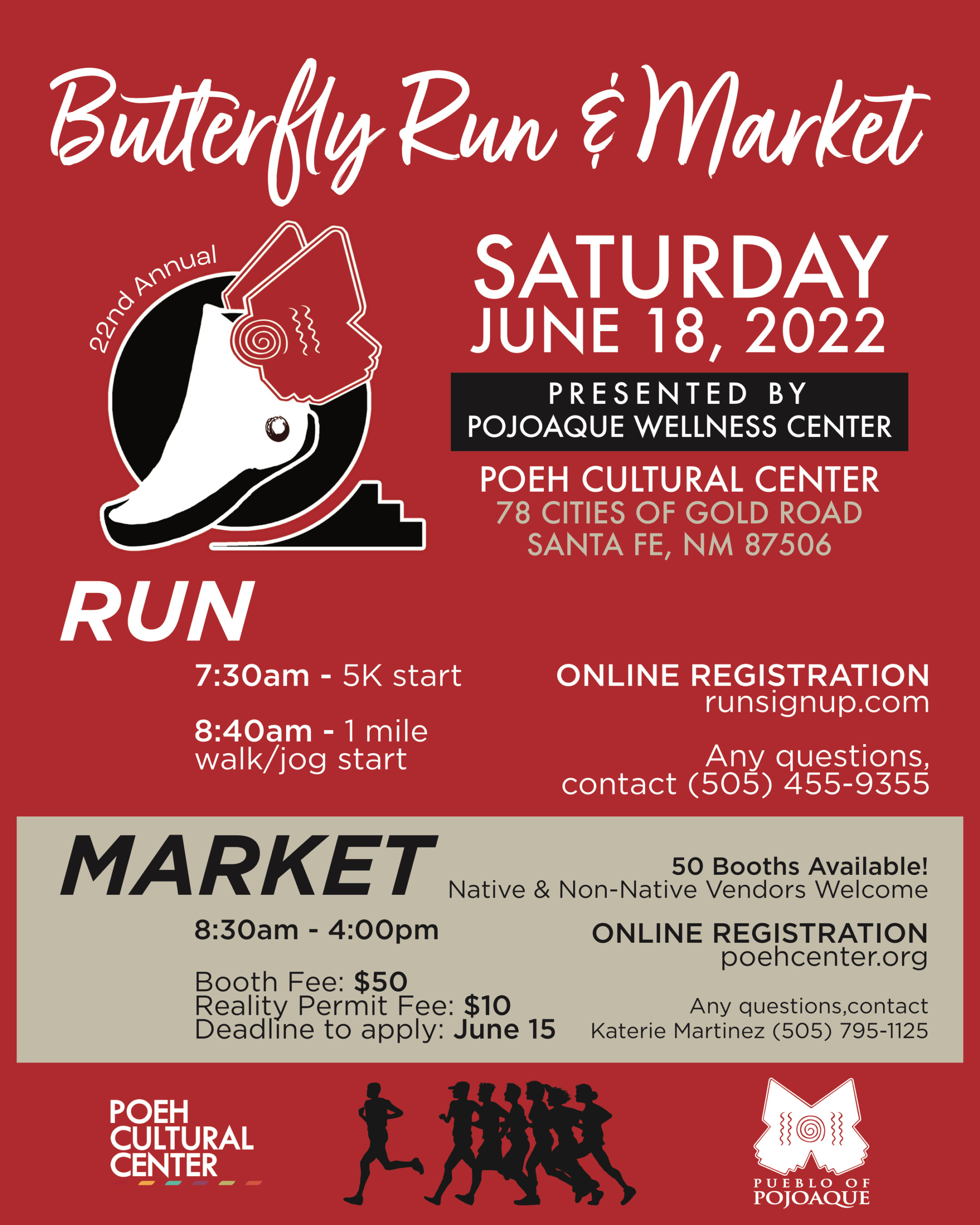 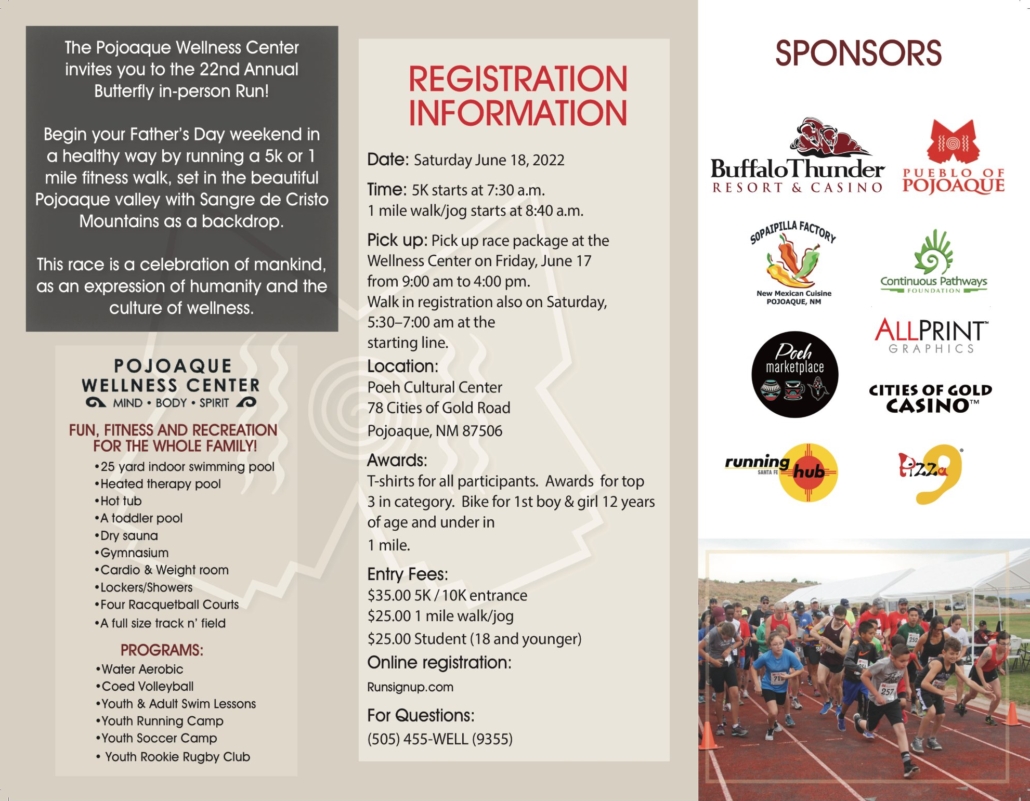 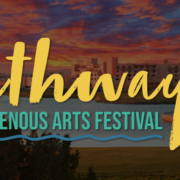 The Poeh Cultural Center, will be hosting the second annual Pathways Indigenous Arts Festival on August 19, 20 and 21, 2022 at Buffalo Thunder Resort & Casino.

Duncan described how the major goal for the festival, and other Poeh markets, is to actively promote an Indigenous cultural economy that empowers and supports the creativity of a wide range of Indigenous artists and creative entrepreneurs by providing a large-scale venue for them to show and sell their work, as well as to network with other Native artists.

“I think what makes us unique is that we are celebrating the works of Native creatives. Of course, we feature Native American arts like pottery, jewelry and weaving, and we think it’s just as important to feature people whose creativity includes the creation of dance, music, writing, plant products, and so much more,” Duncan said. “Pathways is unlike any other Native American arts market, as we are allowing a more accurate representation of what is being created by Indigenous peoples.”

Last year’s festival was attended by thousands of visitors and this year’s event is expected to surpass those numbers. Pathways will continue to featured the sale of Native American arts and crafts, host food trucks, hold a Pueblo fashion showcase, and provide entertainment by Native American dance groups, performers and musicians.

“Were amazed and humbled at how many individuals, groups and organizations reached out to support our efforts,” said Jake Viarrial, Tourism Coordinator at the Poeh. “We had support from the Sundance Film Festival, Red Nations Celebration Institute, the National Museum of the American Indian, and First Nations Development Fund – we are ready for more sponsors this year.”

The event, which will be hosed at the Buffalo Thunder Resort and Casino, located on the tribal lands of the Pueblo of Pojoaque, will be free and open to the public, and free parking will be available. Native American Artists and vendors who are interested in showing can contact the Poeh Cultural Center or visit the Poeh’s webpage for application information. The first 50 artist vendor outdoor booths are free, on a first come first served basis. The deadline for applications is April 29, 2022. 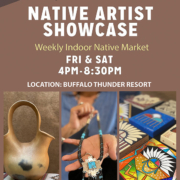 The Native Artist Showcase provides a weekly venue for our Poeh Arts Program students as well as other award-winning Native artists selling their traditionally made pottery, jewelry and other authentic arts.

The event, which is free and open to the public, will be held at the Buffalo Thunder Resort and Casino, 30 Buffalo Thunder Tail, off US Highway 285, Santa Fe, New Mexico. This market is open to Native American artists and vendors from all US tribes and will feature two tiers of booths. Free booths will be available for artists who want outdoor tented booths. The premium booths, available at minimal cost, will be set up inside the Buffalo Thunder Conference Center. 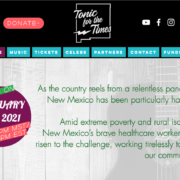 Tonic for the Times is a show of gratitude for New Mexico’s Covid Caregivers and a fundraiser for the at-risk communities where our heroes live and work.

Shop local and support Native artists. Check out some of the items we have available. Open only 4 Days by appointment only, Email Alba (aemartinez@pojoaque.org) to reserve your time. 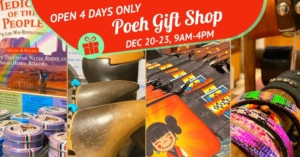